Showing posts from July, 2016
Show all

In memory of Om Leo (@LeopoldAdam) 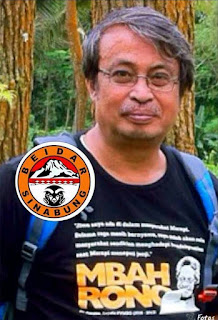 
Many of us online know of and had interacted with Leopold Kennedy Adam - @LeopoldAdam on twitter, and the administrator of volcano communication websites such as Gunung Slamet. We know him through his excellent communication of the activity and hazards of Indonesian volcanoes, in particular, Sinabung. This ongoing disaster has been largely forgotten by international media and it is through efforts of those in Indonesia, like Leo, that have helped keep the world aware of the volcanic and human impact of these events.

In August of 2010 Sinabung volcano (Gunung (Mount) Sinabun(g)) entered a phase of unrest. Since then the volcanology community has been watching. Many of us have been watching from a distance like myself, through social media, videos of incredible and dangerous pyroclastic flows, and using Google Translate to read official and media reports of the sometimes deadly eruptions. It is a heartbreaking situation where local villages have been evacuate…
Read more
More posts